Last week Google made some changes to how featured snippets are shown on the search results page. This has caused quite a stir in the SEO world. In this post, I'll explain what's happening and how you should handle this.

What is a featured snippet?

A featured snippet is a special kind of search result that appears on top of the list. It's also called position zero. You'll often see them for question-based searches (what / when / how / who). In most cases, the featured snippet directly answers the question a searcher has.

Some examples of featured snippets are: 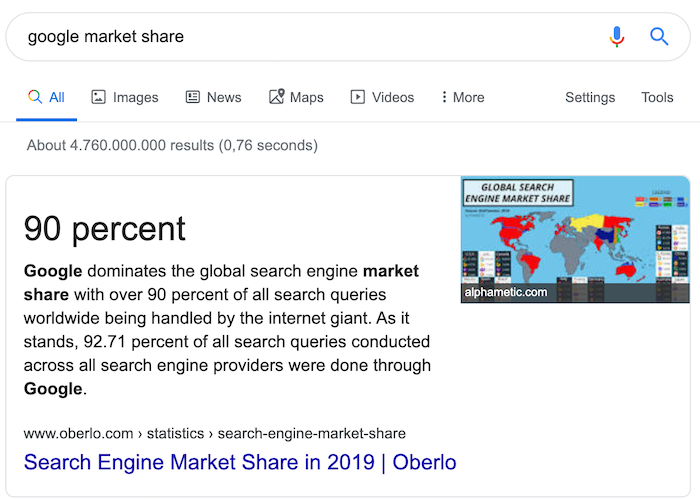 Or this search for miles to kilometers: 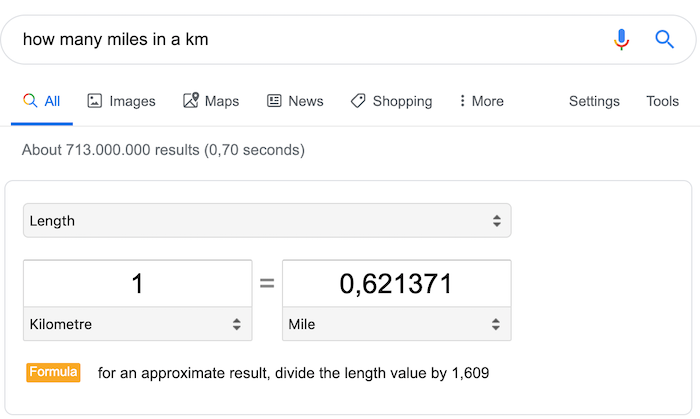 These results often remove the need to click through to the website that contains the original answer. This has resulted in lower click-through rates for search queries like this.

For long, SEOs were willing to play the game because Google would often also show the site that's featured on position zero on the next 'real' search position. As a site owner, you would rank on both position zero and position 1. That's a lot of search visibility, even though it may not always result in a click.

Last week, Google announced that it will de-duplicate the Featured Snippet and position 1. That means if your website is showing up as a featured snippet, it will no longer show up on position 1. Note that it was also possible to rank lower, and still have the featured snippet. These lower results will also be affected by this deduplication.

Is this good or bad news?

Understandably, most SEOs are not happy about this move. It looks like another move by Google to keep search traffic on its own platform, by displaying content that was created by others. The original publisher will likely see fewer visitors as a result.

Google's Danny Sullivan responded to these sentiments by saying that Featured Snippets are often clicked on:

Nonetheless, having just a featured snippet obviously means fewer clicks than having the Featured Snippet and position zero.

What can I do?

It's a good idea to monitor your rankings in Google in the coming weeks, especially for search terms for which you had a Featured Snippet position earlier. If you're unhappy about showing up as a Featured Snippet, you can instruct Google not to feature your page, or to only show a short snippet. With the recently launched no-snippet and max-snippet tags, you have more control over how your site shows up in the featured snippet:

Google has announced that Search Console reports are not impacted by the new setup.

What else is changing?

There's a lot going on on Google's result page: apart from the change to Featured Snippets, Google also rolled out the new search result design on desktop, making it more similar to the mobile experience. It now shows favicons, and a smaller label for ads. This redesign rightly received a lot of criticism, as it becomes harder for searchers to recognize ads.

However, Google already announced that based on feedback from end-users, it's testing different versions of the design. We can't say how long the new design will stick around.

Another change is coming soon: the snippets showing up on the right-hand side, will be merged into the left column. 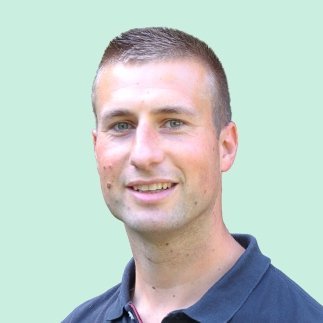 Rick has worked as an SEO specialist for many large, international clients, and also has wide experience in developing websites and applications.

One more thing: Rick is the founder and owner of SiteGuru.